“It’s not easy being green.”

This was supposed to be a Saint Patrick’s Day recipe, but I guess this is a little bit overdue for that now. The idea of featuring a green coloured dessert in UCL for Saint Patrick’s Day struck my mind this weekend, but the idea of making matcha and black sesame cups was a very last minute thought. I was initially planning on making a green tea white chocolate bark with black sesame seeds to keep things simple, but for some reason, the plan just evolved into an Asian version of Reese’s peanut butter cups. 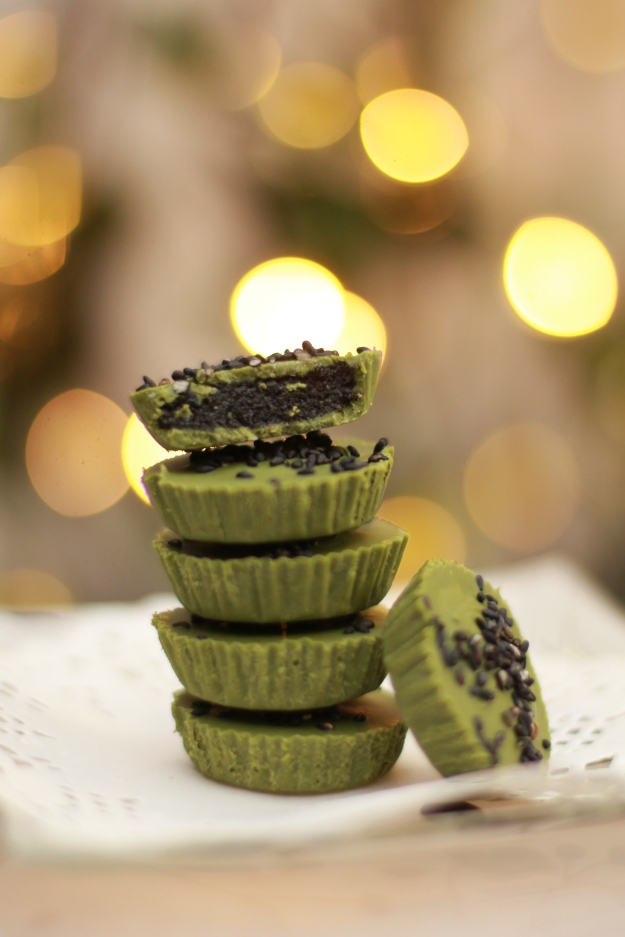 After all, I might as well go all out with the ideas when I have ridiculously insane amount of white chocolate! Don’t even ask…

I know matcha is often paired with red bean when it comes to desserts, but I don’t like really like red bean.  If you ask me, I think the real pairing should be matcha and black sesame. They’re a matcha made in heaven, okay? ( 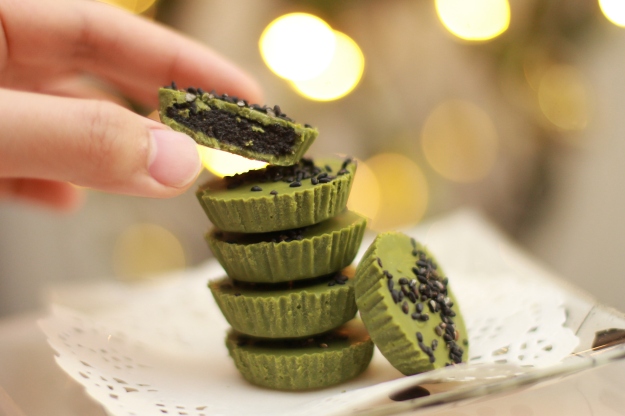 Anyways, after repeatedly testing the recipe (the first few attempts turned out too sweet for my liking) and obsessively taking photos of the matcha and black sesame cups, I now present you the recipe.

For the matcha chocolate:
150 g white chocolate or white candy melting wafers
1-1.5 tbsp. matcha powder (depending on your taste)

NOTE: Depending on the type of chocolate you use, you might need to temper it. 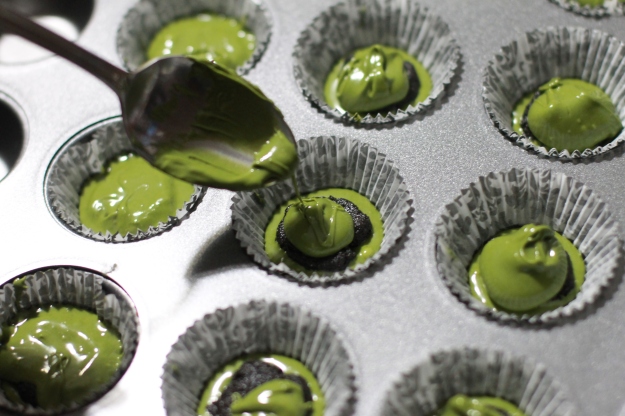