This year, I have once again been assigned to do the Halloween post. Halloween, for me, has turned out to be one of my favourite holidays that I look forward to. Although I’m not a fan of horror films or anything scary, what I love about Halloween is how creative and novel people can get with their Halloween costumes. Halloween is also a perfect time to get creative with food! 🙂

For a while now, I’ve been eyeing on the idea of jack-o’-lattern stuffed peppers I saw from a couple of food blogs, and I thought it’d be great to try them out  around this time of the year. Since I’ve never tried making stuffed peppers before, I followed this recipe by Diana DeLaFuente from Youtube. I made a few changes to the recipe by using ground turkey instead of ground pork, and adding mushrooms. It’s a very flexible recipe! 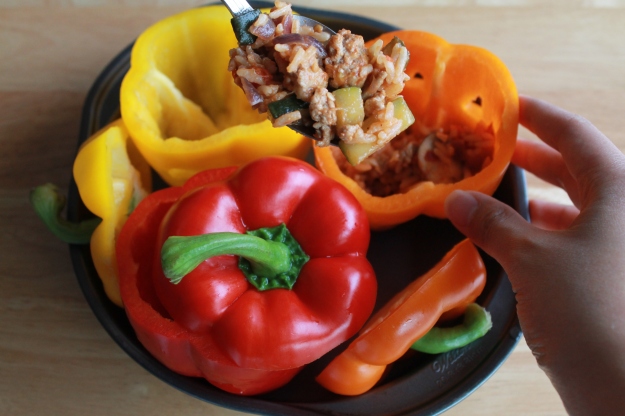 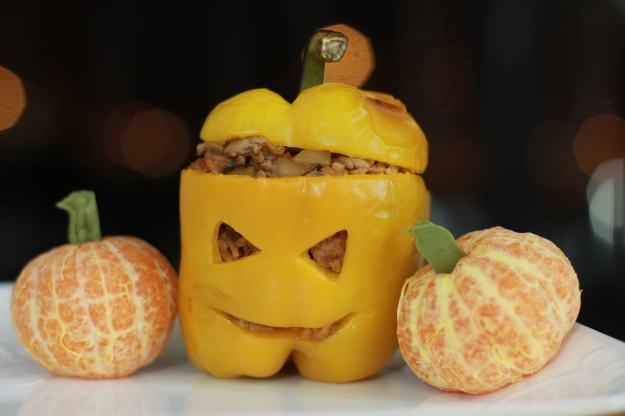 Apologies for the lack of carving skills, but at least the stuffed peppers look happy! 😛

I also made jack-o’-lantern tangerines on the side. I’ll dedicate a separate Halloween post for those later. Forget about pumpkins, let’s try making jack-o’-lanterns with different foods! 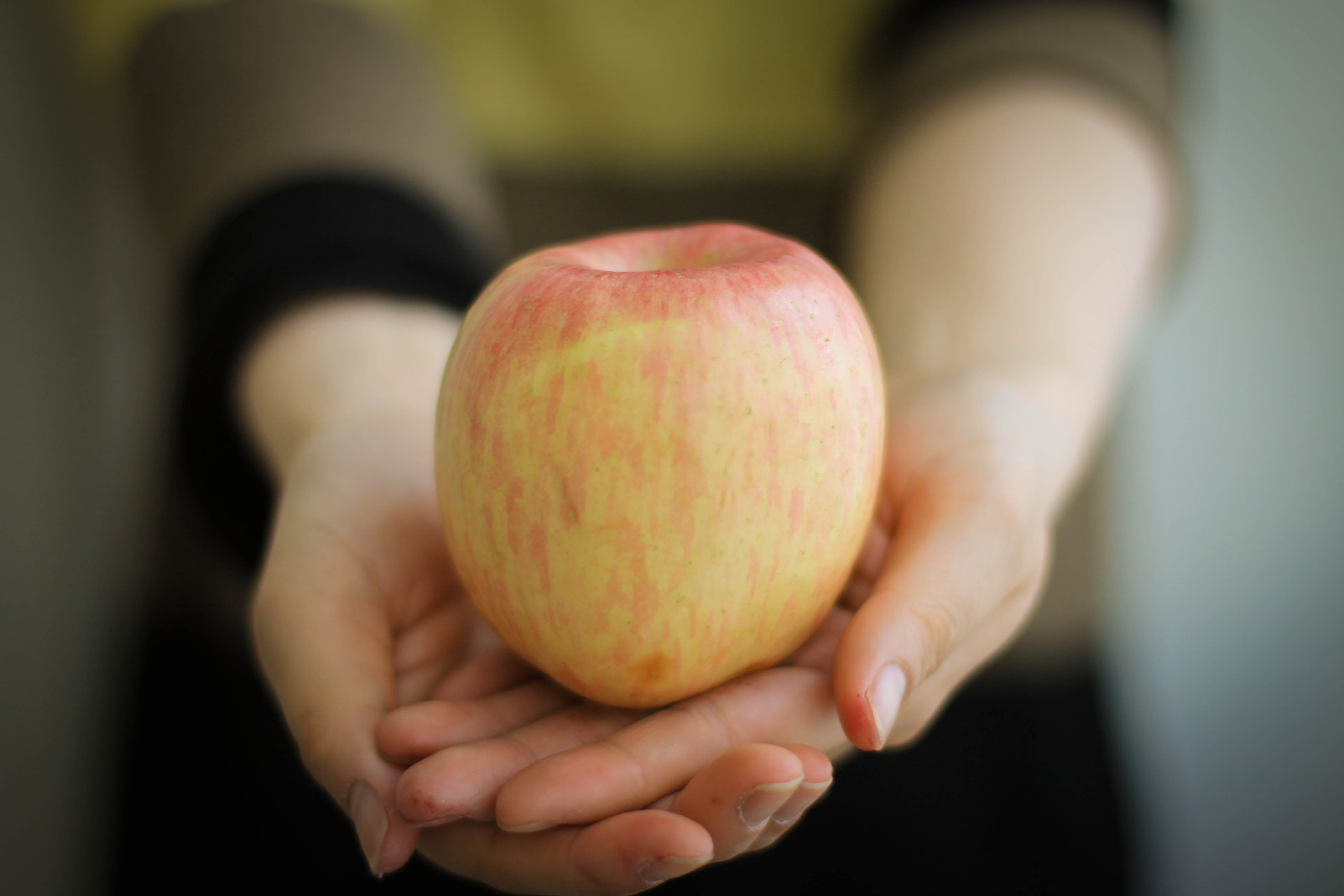