To start off, me and my partner-in-crime (PIC), also known as Ricelessasian, wanted to begin our journey into the food blogosphere by creating a healthy yet decadent dessert. We love the idea of pairing a nutritious & fresh ingredient with a higher calorie item because we truly believe and live by the idea that there IS such a thing as a ‘healthy’ dessert that avoids compromising its delicious flavour.

We chose a wonderful recipe that we were both inspired by when we attended a Healthy Baking event at school. Few people would think of using beets in their desserts, let alone in cupcakes, because of their ‘earthy’ flavour, but we appreciated the subtleness of the beet flavour in the final chocolate cupcake product. TIP: using beet puree is an awesome substitute to using red food colouring that is au naturel when making THE People’s Choice dessert: Red Velvet Cupcakes.

Just recently, Ricelessasian thought of a way of ‘tweaking’ the recipe to making it even more nutritious…and at the same time, taste good! Instead of just plain dark chocolate frosting, we incorporated avocado to ‘up’ the omega-3 fatty acids (the GOOD fats), which made the frosting richer and more luscious. Though I doubted how it would taste like at first, just like I do with the notion of savory desserts, I love…love…loved them! The three empty cupcake liners are good evidence of that.

Hope you enjoy them too!

A note from Ricelessasian: Don’t put as much frosting as we did in each cupcake or it’ll be too rich. I got carried away with the frosting. 🙂 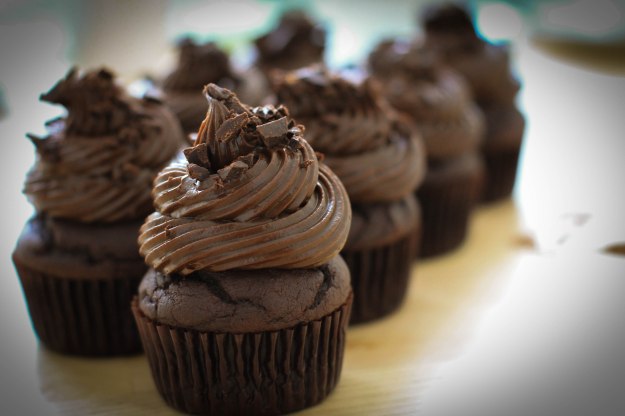 Chocolate Beet Cupcakes (makes 11-12 cupcakes)
Original recipe by Maria. The only change we did was replacing the butter in the recipe with non-hydrogenated margarine.

*To make beet puree, boil peeled beets in unsalted water until fork tender (it took us about 45 minutes). Once cooked, let the beets cool and slice into chunks. Puree beets in a food processor.

TIP: To get fuller looking cupcakes, make only 11 cupcakes.

Chocolate Avocado Frosting (enough to frost 12 cupcakes with some leftovers)

* Amount of sugar depends on what type of chocolate you use. Since we used 72% dark chocolate, we used 1 cup powdered sugar.

Feel free to make any adjustments to the amount of ingredients we used. This frosting has a strong dark chocolate twist to it. 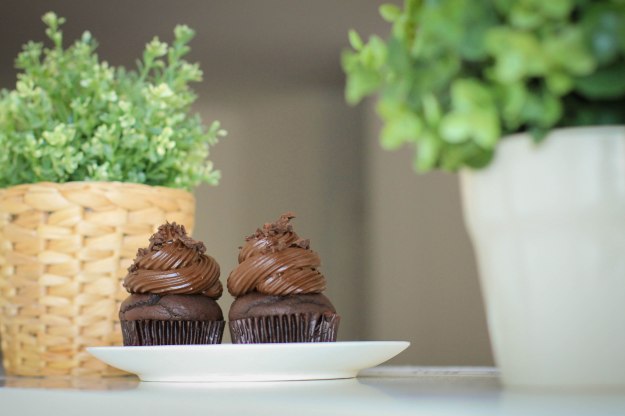